The company’s ensereptide program is currently focused on the prevention of skin scarring after surgery or trauma, but foresees potential to also develop products based on ensereptide for other medical applications such as prevention of adhesions after tendon repair surgery and spinal surgery used in the treatment of degenerative disc disorder.

Scars arise after almost every dermal injury. While scars are often considered trivial, a notable proportion of scars can be disfiguring and aesthetically unpleasant and cause severe itching, tenderness, pain, sleep disturbance, anxiety, depression, and disruption of daily activities.

The product candidate is intended for application as a single administration in conjunction with surgical procedures. Ensereptide is delivered a pre-packaged syringe and is mixed with a hyaluronic acid containing gel. During the surgical procedure, the gel is locally administered at the site of the surgical incision before the surgical site is closed. 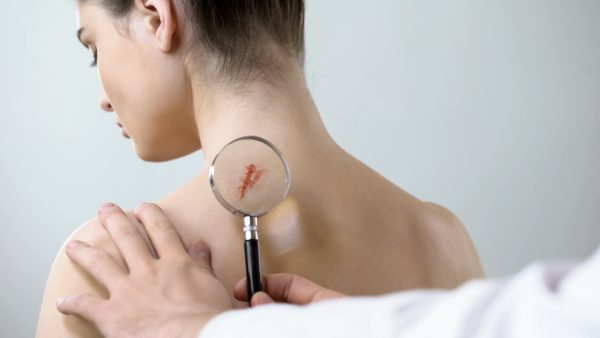 Each year, more than 300 million surgical procedures are performed in the world, and a notable fraction result in long-term or permanent scars.

The underlying mechanism of action for scarring is similar various clinical contexts, such as scarring on the skin, post-surgical adhesions, peripheral nerve damages and burn injuries (1). It is well established that inflammation and fibrin formation after surgery are two pivotal mechanisms that strongly contribute to scar formation (2).

Ensereptide is a synthetic peptide derived from the human lactoferricin peptide, which is part of the milk protein lactoferrin. Ensereptide has several mechanisms of action. The peptide has, among other things, immunomodulatory action by inhibiting the release of pro-inflammatory cytokines, such as IL-1β, IL-6 and Il-8 as well as TNF- α (tumor necrosis factor alpha). Ensereptide also increases the fibrinolytic activity by inhibiting the local production of PAI-1. Both these properties  are assumed to account for the peptide’s ability to prevent post-surgical adhesions and scar formation.

Promore Pharma has completed a Phase I clinical trial on ensereptide. The trial included 15 healthy volunteers at one site in Sweden. The objective was to assess the safety and local tolerability of the drug candidate as well as exploring the pharmacokinetic properties of the drug. The treatment was well tolerated and no serious adverse events were observed after administration. The systemic exposure of ensereptide was very low at all doses investigated, which indicate that only a very small amount of the drug reaches the systemic circulation.

The efficacy of ensereptide has also been investigated in a randomized, double-blinded Phase IIb trial including 138 patients with accidental flexor tendon transection in the hand (3). At all time points investigated after the surgery (four, six, twelve weeks, and six and 12 months) the mobility in the outer joint of the injured finger was improved in patients receiving ensereptide versus placebo. The largest magnitude in difference was observed after six months. Additionally, the requirement for secondary surgery (tenolysis) was assessed and sensory function in patients with injuries of adjacent nerves. 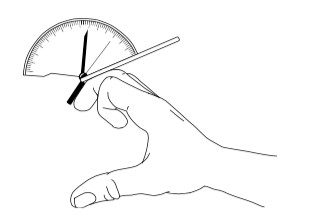 Measurement of mobility in the finger joints

In the clinical Phase II study, it was shown that ensereptide achieved a significant prevention of adhesions without having a negative effect on the strength of the healed tendon. There were no differences in strength of the repaired tendon between patients receiving PXL01 and patients treated with placebo; the frequency of post-surgical ruptures was comparable in the two groups.

The company is preparing to conduct a, well-controlled Phase II clinical trial to explore the feasibility of utilizing ensereptide for prevention of dermal scarring after surgery or trauma.

The trial is planned as a randomized, double-blinded study including approximately 20 subjects that will receive both active and placebo, i.e. each subject can serve as its own control. The primary endpoint shall be safety and tolerability three months after the administration of study drug. The company is planning to start study enrolment in the beginning of 2022.